Since The minute I was born I have always been a daughter, a granddaughter, a sister and a niece. I have never not been one of those things so I have never known how not to be one. To a degree I guess I have never had to “learn” how to be any of those things. Becoming a mum though is entirely new to me. I have known a life without my little love. I know what it was like not to be constantly aware and responsible for someone else and what they are doing and if their needs are being met. I mean nobody is born a mother and I guess some people just fall in to it way more naturally than others. I feel like I have always been a maternal person and have always wanted to be a mum. I always imagined that when I had a baby I would just know what to do… Mother’s instinct and all that. Truth is I felt like I didn’t (and still don’t) have a clue. My little boy was 11 weeks old this week and so far I have been winging it all the way. I’m sure a lot of first time mums do? Part of me still keeps looking at the baby and wondering when his actually parents are coming to pick him up.

The first couple of weeks after our little love was born were mentally a nightmare. I had been told about the baby blues, but my goodness I didn’t expect them to smack me in the face quite so hard. At so many points, during those first few days especially, I would find myself wondering what on Earth I had done. The absolute permanence of having a baby felt so overwhelming. I would stand holding baby and just cry. My tears falling down my face on to his. I love him beyond all compare but felt like I had absolutely no idea how to care for him on a 24 hour basis. I felt hopeless.

There are also so many opinions and guidelines on what you should do and what you shouldn’t do. Family members and friends all adding in their tuppence but all from different generations so who do you listen to? That very common sentence of “well we did it with our kids and they’re fine”. I appreciate all the advice that anyone is willing to give me and now I feel confident enough for the most part to make up my own mind. However in those first few days my mind was boggled!

Having anxiety helps nothing ever, especially after having a baby. I constantly felt like my heart was in my throat. Little love was very mucusy when he was born and therefore quite snuffly. Every noise he made I would question. If he was in a different part of the room than me then I would constantly be wandering backwards and forwards. I would hover over anybody that was holding him or doing anything with him just to make sure they were doing it “right” despite the fact that the majority of them had children and already raised them so it’s not like holding a baby was new to them.

Poor hubby suffered the most. He, by his own admission, was never a big fan of babies. He had never really even held a baby. Therefore, when it came to our baby and him obviously wanting to hold the little guy or do anything with him, I was always watching over his shoulder. A lot of the time I was trying to help by suggesting ways to hold him better or burp him better or just about anything. The only thing is I just sounded like I was constantly criticising, to the point that I feel like I really ruined any confidence he had in the beginning. I’m honestly not really much better now at 11 weeks in. I try to manage the constant worry better. I do feel personally as though I am dealing with the whole anxiety thing so much better (although I’m sure most family members will probably disagree). I cry a lot less and actually very rarely now. I don’t feel like I can’t cope anymore. Most of the time if I have a worry I will just say it and then manage to think rationally about whether I really should be bothered by it or not. There is the odd occasion still where I can get too focused on something that is worrying me and then all logic and rational thought goes out the window and I spiral in to a panic but this happens much less than previously.

Anyway, whats going on in my brain is the boring part. I have a gorgeous, very scrummy little boy who has grown so much! People tell you that babies grow fast and blimey do they. I think I blinked and he grew. Sometimes I find it hard to believe that he isn’t even three months old yet. Of course I am biased as well but he never ceases to amaze me. Watching him smile and start to laugh just melts my heart and the little “conversations” he has with me and just about anyone or anything he thinks is listening are absolutley adorable. Watching him learn everyday is my absolute favourite thing to do. He has also started to enjoy doing things a lot more in the last couple of weeks. He will chill out for ages on his play mat or listen to me read a story or look out the window or watch the dog generally being a numpty. It’s fascinating watching him take everything in and try to process what’s going on.

(WARNING: Possible rant about to Occur):

I am a part of a couple of facebook groups for mums and, not going to lie, a few members of my family absolutely hate them because some mothers are BRUTAL. For the most part, one of my favourite groups is very plesant and all the mums are really quite supportive of one another. Personally, if I see something I dont neccessarily agree with or wouldn’t do myself then I just move on and keep scrolling. There are a few other mothers though that feel the need to voice their opinions. By all means if someone is doing something that is maybe not advised then explaining that in a neutral, pleasant, advisory way is fine but to have a go at another mum for simply doing things differently than you is ridiculous and actually if I raise my baby differently from anyone, thats no one else’s business. Regardless of whether I post it on facebook or not. As a mum who does worry about pretty much everything other mums criticisms are probably the least helpful thing ever. I worry about enough as it is without adding more things to the list. For the most part now I tend not to post certain things on the groups for fear of someone saying I am doing something wrong (it has happenend before so I deleted the post). There are a few of the “guidelines” that people have been talking about that I am by no means saying are wrong but that I have managed to find no actual research studies on or that seem to have no evidence posted along with them to actually explain why you should or shouldn’t do things a certain way. Also its a guideline. Not a rule. All babies are different and cope with individual situations differently.

Another thing is mum guilt and about leaving babies with other people for the day or night or whatever. I will just come out and say that since he was about 6 weeks old my little boy has stayed at his Nanna’s (my mum’s) once a week and he has recently started staying at his Granny and Papa’s (Hubbys parent’s) for the odd night. Before mum brigade jumps on my back about how he is my responsibility and how could I do that etc etc. My mum wants to have him and every week I double check as I don’t neccessarily NEED her to take him for the night but if it makes her happy and means I get to catch up on some rest and housework then I’m not going to stop her. The little man seems to really enjoy himself and it hasn’t so far seemed to have affected his routine. I also dont see why I should feel bad about it. I miss him like crazy when he is gone but I have always said, even before I found out I was pregnant that I never wanted a “clingy” child. I want to be able to get him used to going to other places and staying with his grandparents and I personally don’t think it will do him any harm to be doing that now. I may be wrong but surely thats for me to discover. My thinking on it though is that if he has never known any different than going to stay with his Nanna and Granny and Papa then it won’t be such a big deal if I ever need for him to go and stay with them. For instance if we have another baby or need to go away and can’t for whatever reason take him or even something as simple as being able to have a date night.

Anyway, the whole point of this post is that my son is gorgeous and adorable and my absolute favourite human being and me and hubby should be able to raise him however we want (within logical reason obviously) without fear of someone making a comment about our parenting choices. It has been a crazy few months of adjustment and figuring things out but I wouldn’t change him for the world. 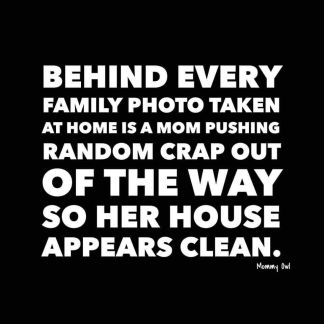